A Nord VPN and an intelligent DNS server are some of the best and most well-known servers for watching content not available in the region you live in or are blocked.

Both Nord VPN and smart DNS servers are legal to use that's why some high-profile alternative DNS and VPNs exist. But are DNS better than Nord VPN, to know this we have to get into the article further.

What is a smart DNS proxy?

Smart DNS proxy server changes the user's domain name system settings so websites you visit think the user is in the right location to access their content. The DNS is like the bit that translates the human address like the website domain of Microsoft into internet protocols(IP) addresses that the computer can understand like 8.8.88.

Server best for viewing the geo-blocked contents. They are scattered around the world to give the users using them the widest range possible over numerous choices depending on the needs of the user.

A VPN -a virtual private network creates a sense of security and privacy for the user when they are using it for internet surfing, etc. VPNs uses smart tech things like encryption and VPN server. According to anyone in the world, the safest connection would be between two things without having any third thing to listen in. The closest one can get to that level of privacy is with VPNs. eg NORD VPN.

Working behind a VPN server:

NordVPN is one of the best servers in the market for having peace of mind while surfing the internet using public wifi, offers great speed, the strongest encryption of personal data of the user and an independently audited no-log policy, and a VPN server that has applications for Microsoft's windows, Linux, android, iOS, etc. 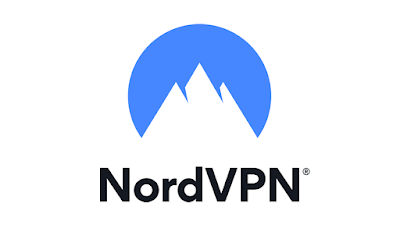 Difference between nordvpn and smart DNS:

The most basic and the biggest difference between nordvpn and smart DNS proxy server is that,


Nordvpn is a more flexible service than a smart DNS server as it contains basically all the features a DNS has and more.

The smart DNS proxy server does not provide much facility when it comes to security; it may change the domain name system address which tricks the domain anime system lookups. Yet it still leaves the user's IP address in open and personal data unencrypted whereas for nordvpn this is not the case it takes up the user's privacy as it's a very important priority.

It hides the data of the user and keeps it fully and strongly encrypted.

When it comes to bypassing IP address blocks the workplace or a school puts up the smart DNS cannot bypass them whereas nordvpn is capable to do that and more.

Smart DNS proxy servers can be set up or used in devices that do not support or do not always allow a Nord VPN to be installed. But if the user has a compatible router. They can install a Nord VPN client on it and secure any devices they want.

After all the written points and priorities above we can conclude that nordvpn is a better option than a smart domain name system proxy server when it comes to maintaining the privacy of the user.
A smart DNS is useful when the device of the user does not support the Nord VPNs client and when the user is not muchly concerned related to the privacy and security features as well as the internet connection the user is using is not public.