ExpressVPN Vs Surfshark: what is more reliable to use in 2022?

Both ExpressVPN and Surfshark are some of the best-known brands in the VPN sector. While ExpressVPN has been around for a while, Surfshark is very young yet has quick innovation, many features, and affordable costs.  VPN can also be used in different systems like iPhone and android.
Both VPNs are known to have high speed as well as strong encryption with hundreds of servers globally available.

ExpressVPN or Surf shark VPN: Which is Better to Use in 2022?

for this to be a successful comparison we will look for some major factors like pricing, speed, security features, customer service, and many more factors affecting the quality of the VPNs mentioned.

so, let's get into it right away. 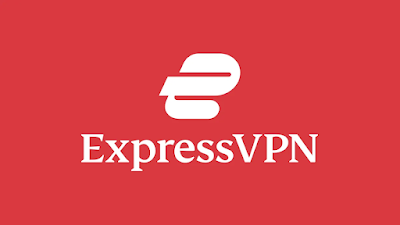 A virtual private network service focused on domestic and individual use is called ExpressVPN. It supports 256-bit encryption, split tunneling, and a large selection of compatible devices. To ensure that all devices connected to your network are secure, you may also set up ExpressVPN on your router.


The moment one connects to ExpressVPN, the VPN provides strong encryption that prevents the user's activity from being observed by Wifi operators, internet providers, and some other third parties.


The software provides round-the-clock customer service and routes your internet traffic across servers spread across over 100 nations. Even though ExpressVPN doesn't provide a dedicated IP address like many of its rivals do, the adaptable money-back guarantee makes it simple to test it out.

Why is Express VPN better in comparison to Surfshark?

Without a doubt, ExpressVPN continuously awes us; it frequently appears on our list of the top VPNs. Here is where ExpressVPN excelled in our comparison versus Surfshark.

ExpressVPN has over 2,000 servers, making it one of the most connected VPNs on the market. Surfshark has over 1,700 servers, which is a sizable number.

ExpressVPN has servers in 148 countries, as opposed to Surfshark’s 63.

While ExpressVPN gave us a different IP address each time we connected, Surfshark always provided the same one. This is about as effective as using the same Trump mask to rob banks; eventually, people will catch on.

ExpressVPN supported several browsers and device types that Surfshark did not, including routers, Kindles, Blackberries, and more.

To account for the various devices used by our users, we tested ExpressVPN and Surfshark on Mac and Windows computers. However, ExpressVPN proved to be significantly faster on both, especially Windows; in fact, Surfshark and Windows were about as compatible as oil and water. If you decide to do your own speed test, bear in mind that the average download speed worldwide is about 34 Mbps, the average upload speed is about 11 Mbps, and the average latency is about 41 ms. 1 Naturally, you should conduct a speed test as the control without using either VPN, while also taking into account global average Internet speeds.

Surfshark VPN, which was introduced in 2018, promises quick speeds and provides cutting-edge technology to safeguard users’ privacy when accessing the internet. Users can connect an unlimited number of devices to their accounts and have access to over 3,200 servers in over 65 countries.

surf shark has been given raved reviews from some of the major leading tech experts in this very field. PCMag and CNET are some of the few names from many other leading companies that have surf shark as one of the best champions in the field of VPN service. As we all are aware Twitter is banned in china this VPN can help in this situation.

The lack of a dedicated IP address add-on in Surfshark may limit its applicability for some independent contractors and small business owners. However, you will benefit from some special privacy features and 24-hour customer service.

Why is Surfshark better in comparison to ExpressVPN?

That’s not to suggest Surfshark wasn’t without its own advantages over ExpressVPN. What precisely are they? We assumed you wouldn’t inquire.

Visualize converting one line of text to code, then that code to another code. Finding the original wording would be very challenging, wouldn’t it? Multi-hop was designed with that in mind, so our web activity and IP addresses were encrypted on different servers. A plus for Surfshark is that ExpressVPN lacked multi-hop, whereas it did.

If you join up for two years, Surfshark is also a better choice for people on a tight budget. ExpressVPN isn’t outrageously costly, but it’s by no means the cheapest choice available, so it’s a good idea to watch for their promotions.

We connected as many devices to Surfshark as we wished, which makes the service’s inexpensive cost even more appealing. Contrarily, we were only allowed to use five devices at once with ExpressVPN, which, while generally sufficient for us, won’t be sufficient for everyone.

When it comes to their data logging policies, ExpressVPN and Surfshark are both very good. They don’t keep any records of our web activity, IP addresses, usage sessions, bandwidth, etc. Surfshark, on the other hand, was exceptionally stringent, only retaining our payment information, email addresses, and passwords, along with encrypted, anonymous app diagnostics.

ExpressVPN and Surfshark are both excellent services, there is no question about that, but if we were to choose one, we would choose ExpressVPN. Our primary motives? ExpressVPN boasts more servers spread across more locations, dynamic IP addresses, substantially better speeds, and support for more browsers and devices.SurfShark, on the other hand, will be helpful if you want to cut costs.